RIDING AROUND BY MOTORBIKE IN LE MARCHE: ITINERARY ALONG THE SIBILLINI MOUNTAINS TOWARDS THE INLAND.

Riding around by motorbike in Le Marche: itinerary towards the inland.

Summer seems to be ending in Le Marche and for some people the motorbike is about to get back to recess until spring. It is not too late, though, for a last tour by motorbike along the wonderful Sibillini mountains. Take this last chance!

What about a 125Km tour? That would be perfect for a weekend of fun and relax, not too demanding, but interesting from a landscape and gastronomical point of view. Let’s not forget that it would be as well very satisfying for those who are eager to ride along curves, hairpin turns, hills, short straight roads and more turns.

Tie up your helmet and leave the sea from Civitanova Marche, towards Porto Sant’Elpidio, going through the green picena coastline, and when you get to Marina Faleriense, make a right towards Campiglione and Piane di Falerone.. You can’t miss a little stop at the local archaeological sites.

So far, you have been watching a sequence of soft hillocks following one another just like waves up until the coast in a spectacular alternation of colours, particularly evocative in this season. Imagine all the browns, the reds and oranges a painter might use on a painting: you will have them mixed right before your eyes by the wise painting hands of the nature.

Having gone past Amandola, the road will be comfortable and relaxing up until Montemonaco going through Montefortino, one of the most welcoming and equipped touristic centre of the Sibillini Mountains. Leaving it, you might head towards Castelluccio. The road will start twisting and turning along hairpin turns on the mountain until Piano Grande (Big Plain) and you will be able to gaze upon the poppies and fleur-de-lis blossoming among the wheat fields. It is worth coming back to Castelluccio during springtime to witness a special blossoming phenomenon. For several weeks, the landscape chromatic monotony is broken by a mosaic of colours, varying from yellow-earth to red.

While riding, you will certainly be hungry now. Along the road, you may stop at any of the “trattoria” where you can taste the typical local delicacies: the lentils of Castelluccio IGP, the pork fillet stuffed with its liver and the black truffle from the Sibiliini, or the braised meat cooked in a special reduced wine called “vino cotto”.

Our final destination will be Norcia, in the area of Perugia and therefore right at the border between two regions: Marche and Umbria. It is worth a visit to the medieval and noble architecture of the town and to the work of arts here present, as well as, again, a gastronomical tour of the restaurants in town, all of which can be found within the ancient town walls. 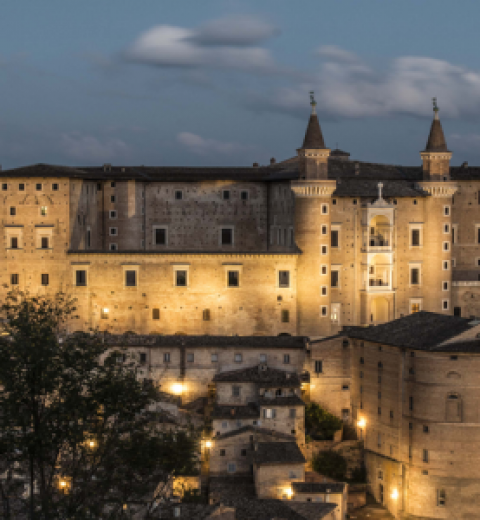 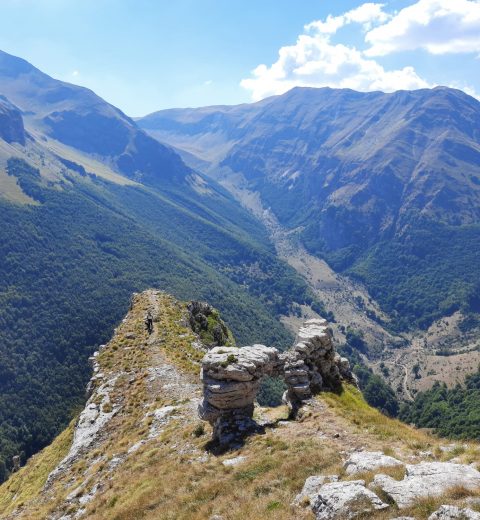 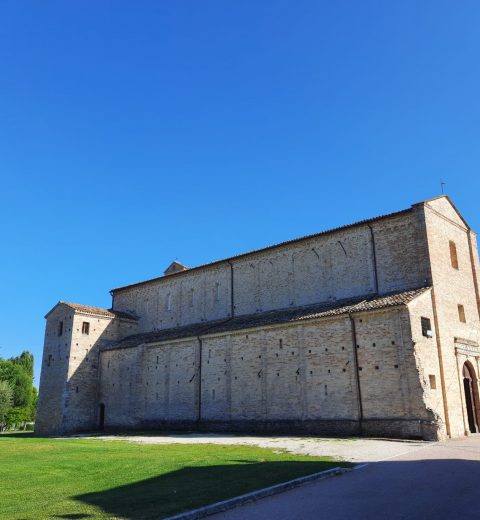